Botox: the superhero of anti aging? 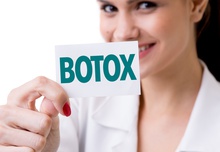 Botox which has most the recent alias of, the "Pretty Poison" was discovered many years ago in canned goods and in the 1940's researched as a nerve toxin for chemical warfare. Long before its advantages were discovered and used in trace amounts in medicine to treat people who had suffered from a chronic muscluar disorder in the eye called strabismus in crossed eyed patients and further even more debilitating muscle spasms like torticollus.  Torticollis is a muscular disorder that causes those effected to have constant neck spasms in their muscles resulting in the head turning in the direction of the spasm and the patient being unable to straigthen their neck, they generally have their heads unwillingly pressed into their shoulder and it is is extremely uncomfortable.

It wasn't until 1992 when it was being used for Blepharospasms in the eyelid that is was then noticed by accident, that these patients were losing their brow wrinkles. Word spread quickly and by 1997 Botox use spiked so high that the supply ran out in the US causing widespread pannick (and lots of wrinkles).  Since then it has been used as one of the most common beauty aids in the world and the advantages are coniuously discovered and sought after.  Some of the more common off label uses for Botox, would be jaw line thinning, crows feet, bunny lines, plastysmal banding (necklines), turning your frown upside down, eye brow lift, muscle thinning upper arms and lower legs, excessive sweating and the newest and most notably known as scrotox (use your imagination), Botox's off label uses are used as advantage for just about any area on the body that you want muscle to be temporarily paralyzed, if used often enough it will cause some atrophy in the muscle making it appear smaller.  Some other common uses for Botox is that it can be used for muscle spasms in the body including the neck, bladder, eyes, shoulders and also for migraine sufferers. We also use Botox before surgery in certain instances, for example if someone needs an upper eyelid blepharoplasty or a forehead lift.  This toxin aids in our being able to justify surgery in certain instances or wheter we should continue with botox as a therapy.