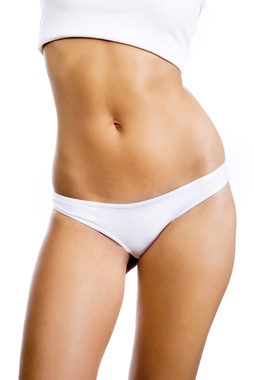 Lower body lift, is a procedure to reshape, and remove excess skin and fat from the abdomen, waist, flanks, buttocks, back and outer thighs.   This procedure, which leaves a circumferential scar around your body that is hidden in the bikini line in women and below the underwear seam in men, can dramatically improve the contour and appearance of your lower body.  The lower body lift represents an extension of a tummy tuck procedure around the lower body to allow re-suspension and reshaping of the thighs, back and buttocks. The traditional lower body lift which represents an all in one approach to the body lift, has become less popular, this included the abdominoplasty and the back and buttock lift in one surgical procedure. Our commitment to patient safety is paramount and so it has become rare that a patient will have a complete circumfrential body lift performed in a single procedure.  In addition, a complete lower body lift creates opposing forces for healing purposes because the abdominoplasty portion of the procedure requires you to be flexed at the hip during the closure and post procdure, which limits the surgeons ability to excise tissue from the back and buttocks.  Typically patients who require this procedure, have had major weight loss and would be better served by having the procedure staged. This means that the abdominoplasty (panniculectomy) portion of the lower body lift will be performed during one procedure and the buttock and back lift portion of the body lift will be performed at a later date, usually 4-6 months from the previous surgery to allow for full recovery.

Is This Surgery Right For Me?

Body contouring procedures are helpful if you are frustrated with the sagging skin in your lower body.  The best candidates for lower body lifts are patients who have lost over 50 pounds due to bariatric surgery or dieting, who are non-smokers, who are at a stable weight for over 1 year, or who have loose, excess skin in their lower body that restricts their mobility or causes painful rashes or chafing.  Other excellent candidates include women whose pregnancy or aging have left them with loose skin and fat below the waistline, on their abdomen, anterior and lateral thighs, hips, and back.  Candidates for lower body lift must be willing to accept a thin circumferential scar around their waist.

The procedure commonly takes between 4 and 5 hours for the Abdomen (Pannus) and between 4 and 5 hours for the back, buttocks and flanks, depending on the patient’s anatomy.  It is performed in the hospital under general anesthesia.  An overnight hospital stay is usually required following surgery.   The procedure may require completion in 2 stages depending on the patients surgical requirements and individual medical health.   In a staged procedure, an abdominoplasty is performed during the first surgery, and the back, buttock and lateral thigh lift is performed 4 to 6 months later, during a second surgery.

Following surgery, most patients are able to return to work within about 2 weeks, while 6 weeks are required, before return to strenuous activity or lifting.  Final results may not be evident for up to a year.  If staging of procedures is required, , a “road map” is discussed to allow patients a better understanding of the time that will be required to treat their entire body, and to help them establish appropriate expectations.

Redness, drainage, swelling, temporary pain or numbness of the skin, bruising, fatigue (which may last several months), change in shape or position of umbilicus.

Dr. Capuano consistently achieves excellent results with his body lifts.  He is a Board Certified Plastic Surgeon, and is a member of the American Society of Plastic Surgeons, and he would be happy to discuss your options if you are thinking about a body lift.

How do I make an appointment for a consultation?

Contact the office of the Northern Center for Plastic Surgery at (201)820-5280 to schedule an appointment.  If you are not sure if this is the treatment that suits you best, you are welcome to schedule a consult with our Board Certified Plastic Surgeon, Aaron Capuano,MD.